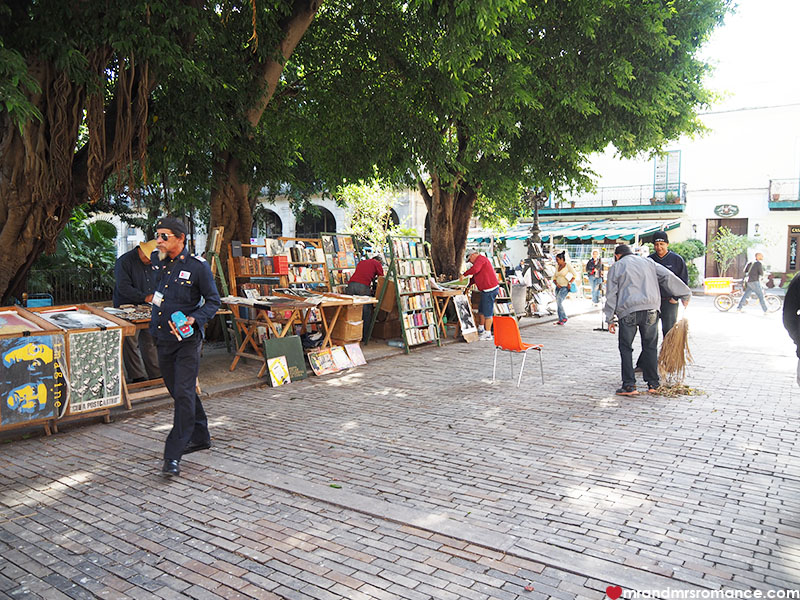 Thinking of visiting Cuba and not sure where are the best spots to check out? Don’t worry, we know all the best places to visit in Cuba!

The country is small, but it makes up for its size with its big personality. With warm, charismatic locals, colonial architecture, and classic cars on every street – there really is nowhere else in the world like it.

The life, the colour, the music…it’s all here – a pulsing, heartbeat that sweeps you up and carries you off in its bohemian salsa tempo. The personality of this fascinating country is magnetic, infectious, and impossible to say no to.

This incredible vibrancy is everywhere you visit in Cuba.

But to make sure you visit the right places and avoid the bad ones, we’ve listed all the top destinations to visit in Cuba and one place to avoid for you below.

What is Cuba Known For?

In every town, village, countryside, and city in Cuba, there is a certain vitality is woven into the very fabric of what makes Cuba. It’s vibrant and colorful, and not just in its architecture.

It’s known for its cigars, rum made from sugar cane, jazz bars with salsa dancing, 1950s classic American cars, Spanish colonial buildings, and a political history that’s both tumultuous and fascinating. You’ll see pictures of Fidel Castro and Che Guevara all over the country.

It’s also known for being a little tricky to get around for travelers.

Public transport is virtually non-existent, hitching is not recommended and if you’ve only really driven in places like the UK, Australia, and North America, self-drive isn’t a great option either.

There are some amazing small-group tour companies like Cuban Adventures that really deliver and make sure you’re safe. And more importantly, you’re not wasting valuable travel time waiting for a bus that’s gone MIA.

G Adventures also do tours to Cuba and Intrepid has specific People to People tours for US citizens.

Of course, there is crime in Cuba too, but most of the time the street scams you can see coming a mile off.

It’s really just people trying to get by, as poverty is still an issue in Cuba. Generally speaking, locals are incredibly friendly and will want to talk to you but keep your wits about you.

If you’re looking for help planning your legal trip to Cuba (and advice on what to do once you get there) you can work with one of ViaHero’s trip planners. They’re Cuban locals who can give transit tips and restaurant recs. Learn more here.

The Top Places to Visit in Cuba

Are you ready to see the top places to visit in Cuba? Here are all the destinations you should add to your itinerary, as well as tips for what to do in each place.

If you don’t come to Havana when you visit Cuba, you’re doing this country an injustice.

Havana is one of the most wonderful cities we’ve ever visited. And by that, I don’t mean ‘oh isn’t this wonderful, darling’. Havana really is full of wonder and one of the best things to do in Cuba.

From the crumbling buildings to its curious narrow streets brimming with life and ingenuity, Havana is Cuba’s capital for a reason. Here you get the perfect screenshot of a culture the rest of the world has pretty much ignored for so many years.

Our best advice is to take a walking tour of Old Havana (Habana Vieja). You’ll hear some of the amazing history and culture that’s alive here and discover elements you’d miss if you weren’t told about them.

Things to Do in Havana, Cuba:

How to have a memorable 4 day weekend in Havana, Cuba

A tiny town with a huge influence over the rest of the country, Vinales is where the very best tobacco is grown for the biggest cigar brands. Cohiba, Montecristo, Cuaba – they all use the leaves grown in this valley.

From the mountains surrounding it to the little dance club behind the main square, Viñales epitomizes regional Cuban life.

Things to see in Viñales, Cuba:

About an hour and a half west along the coast from the Bay of Pigs, this harbourside town is full of art, culture, and history. Cienfuegos is known as the Pearl of the South thanks to its beautiful bay – Bahia de Jagua.

There’s plenty to do here – even if it’s just strolling around the town’s streets.

The locals seem the most westernized and the city itself has a much more European feel to it. This is thanks to the strong French influence in the town’s customs and architecture.

Other Cubans say the people from Cienfuegos are the most beautiful and the most cultured.

Things to Do in Cienfuegos, Cuba:

Apart from Havana, Trinidad has to be the most historic city in Cuba.

Similar to Havana, the Old Town section here is UNESCO World Heritage Site (as a World Monument), but unlike Havana, this part of town is only accessible on foot or on horseback. Carts are also allowed and commonly seen.

The narrow cobbled streets and the low, leaning, brightly colored houses are iconic of this city. Trinidad is a place of unrivaled beauty in this country already well represented in the photogenic stakes.

Things to Do in Trinidad, Cuba:

It has a similar vibe to Havana but it’s a lot less touristy and more authentic.

It’s also located on the coast, with a bay off the Caribbean Sea right in the city center. It’s the perfect spot for those who love to enjoy vibrant cities, but be close enough to nature and solitude.

The city has a lot of Spanish colonial architecture since it was founded in 1515 by the Spanish. The city has a distinctive Afro-Cuban vibe. It’s most famous for its Carnaval, which is a festival with drum-beating, son dancing, and parades with colorful costumes and floats.

Things to Do in Santiago de Cuba

For those looking to visit Cuba for its sun, sea, and tropical vibe, you’ll want to head to the small resort island of Cayo Largo del Sur.

The weather is known to be sunny all year round and this is where you’ll find some of the best beaches and resorts in Cuba.

Another popular island to visit in Cuba is Cayo Coco, but it’s much more isolated. It’s famous for being the island that starred in Ernest Hemingway’s novels, Islands in the Stream and The Old Man and the Sea.

Things to Do on Cayo Largo del Sur

Santa Clara is a city in the central province of Cuba and is famous for being the site of the last battle of the Cuban Revolution in 1958.

As such, the city has many revolutionary landmarks, such as the Che Guevara Mausoleum, which is the resting place of Che Guevara and other famous fighters.

If you’re interested in learning more about political history, then Santa Clara is the best place in Cuba to visit for history lovers.

Things to Do in Santa Clara

Another one of the best places to visit in Cuba for history lovers is Baracoa, which is the oldest colonial city in Cuba. It’s considered the First City of Cuba, because of its colonial roots.

The city is surrounded by beautiful nature and beaches, and the inside of the city is full of historic landmarks.

Founded in 1511 by Diego Velázquez, under the name of “Our Lady of the Assumption of Baracoa,” the town quickly rose to wealth because of the connection between the Spanish and natives.

Things to Do in Baracoa

Cayo Guillermo is a small, remote island off the northern coast of Cuba. It’s part of a group of islands called the “Jardines del Rey” (King’s Gardens) and is known for its idyllic, powdery white sand beaches and turquoise waters teaming with marine life.

Cayo Guillermo is uninhabited, so the only way to visit the island is to stay at the hotel.

Since it’s located just 27 km off the shore of Cuba, it’s easy to get to by boat from Morón, just outside Santa Clara.

The biggest attraction to Cayo Guillermo is the remote island life. Simply kick back, and enjoy the beach and the quietness.

Things to Do in Cayo Guillermo

Places to Avoid in Cuba

On your trip to Cuba, these are places I recommend avoiding. Not many places, but to make sure you have the best time in Cuba, make sure you avoid…

Historically interesting but unethical in its tourism, the Varadero peninsula stretches into the Caribbean at the northernmost point of Cuba. It’s about 2 hours east of Havana.

The American mafia wanted to build a stretch of casinos from this peninsula all the way to Havana – so naming it the Casino Coast.

However, when Castro took control of the corrupt Batista, he kicked the mafia out, who then started Las Vegas in Nevada.

This peninsula has some of the most stunning coastlines in the country, and ordinarily, we’d be voting for this one to be a priority to visit.

The problem is the resorts lining the beach here utterly spoil it. All-inclusive package deals keep unwitting and unwelcome tourists in their complexes where the beaches are guarded and locals are not allowed.

There is even a boom gate at the start of the peninsular stopping Cubans from entering.

Interestingly, outside the confines of these huge resorts, Cuban life does carry on in Varadero with relative normality.

There are classic American cars, casa particular, little shops and bars. It’s just tainted by the legacy the Cosa Nostra left behind.

But it’s a matter of yet then never!

So there you have it, those are the best places to visit in Cuba and as you can see, there are a lot of cool destinations to add to your itinerary!

Before you go, make sure you go prepared with everything you need for an enjoyable stay. Many people don’t know this, but you need to have travel insurance to enter Cuba.

If you haven’t sorted your insurance out yet, we recommend using our partner Allianz Travel, who has good rates and a strong reputation.

Are you going to Cuba? Share your tips in the comments below on what you think are the best places to visit in Cuba!

16+ Great Pubs in London to Visit for Travelers

Vegan Restaurants in the Old Town of Jeonju: POOL and Jinmi Banjeom